Zeugl inhabits sewers predominantly, feeds on sewage, and grows at an alarming rate. The beast is always hungry, so it reaches out with its tentacles for living creatures and tries to shove them into its huge maw filled with multiple rows of teeth. The zeugl is paralyzingly hideous, foul-smelling, and surprisingly strong for something resembling a rotten potato, so it usually manages to devour its opponent.

Geralt was hired to rid the sewers of a zeugl during his and Yennefer's stay in Aedd Gynvael. On the right, is an illustration by Bogusław Polch of Geralt fighting that zeugl. 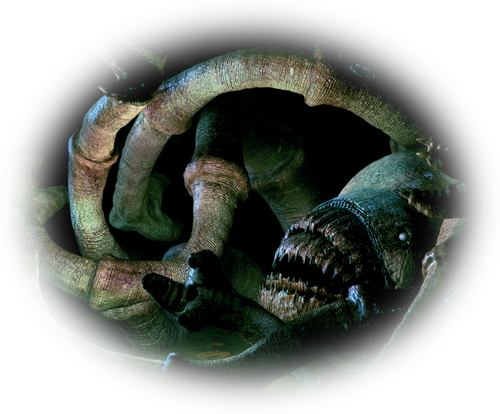