In The Witcher 2: Assassins of KingsEdit

Areas within the city Edit

Not much apart from memories of its former glory remain of Loc Muinne, an elven city situated along the upper reaches of the Pontar, amidst the peaks of the Blue Mountains. It must at one time have been a breathtaking sight, emerging from the morning mists... Today only white ruins mark where it once proudly stood. Centuries ago it was here that the sorcerer Geoffrey Monck brought with him the Sources, a group of human children with a gift for the Power, to hand them over to the elven Sages for training. He managed to overcome the distrust of this Elder Race, and it seemed that a path to coexistence and cooperation between hum'ans and elves had been opened. Yet history took an altogether different course. A few years later Redanian armies massacred Loc Muinne's population, killing all the elves, regardless of gender or age. Thus be'gan a war that ended with Aelirenn's uprising and the massacre at Shaerrawedd, after which most of the surviving elves retreated east into the inaccessible Blue Mountains. This example, dear reader, readily shows that but the slightest bit of effort can summarily spoil even the best of relations. 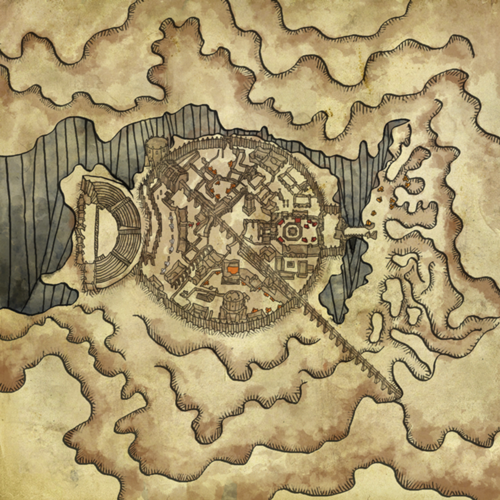